After leaving Ohio we decided to head south to IKEA. You know, first things first, must organize our super tiny home. I love Ikeas motto, "A home doesn't need to be big, just smart.". I had a pretty detailed list complete with measurements, so the adventure through Ikea was enjoyable, not painful!

We purchased new bedding for the children, hooks, lights, drawers & a few other things. Here's a look into our bathroom. All items are from Ikea. 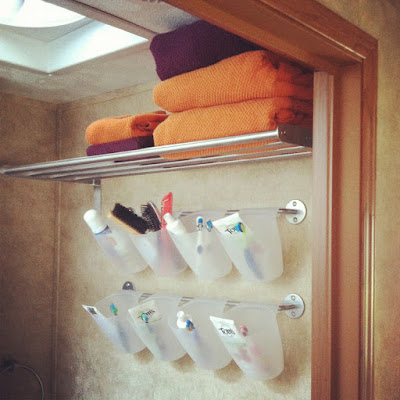 We had planned on turning west after Ikea and heading toward Indian Lakes Thousand Trails in Indiana. But, when I called to make reservations I was informed they were only open weekends until their actual opening in April 6. I was a tad bit irritated since the website says "Open All Year". So we changed directions and headed south, towards Louisville, KY.

We splurged and stayed at a KOA just outside of Louisville, it was about 4 miles from the Sluggar Museum. We did this for two reasons; #1 we'd be arriving late & they had large pull-thru sites and #2 we were making last minute plans and lacked research time. We stayed for two nights, our first day putting together our Ikea purchases.  And our second day we spent the morning at the Louisville Sluggar Museum and Factory.

I had visited the Louisville Sluggar Museum a little over 10 years ago and I knew Nick and the children would enjoy it.  The price was not too steep and there was quite a bit to explore.  We all learned lots about the history of the bat and baseball itself.  There were quite a few hands on activities and the factory tour was the best, not to mention the mini Louisville Sluggar we all came home with (that's 8 mini bats, still not sure what we're doing with all of them, lol). 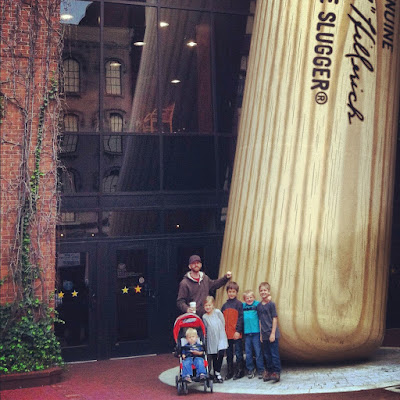 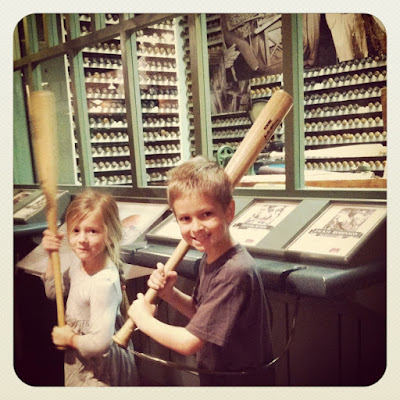 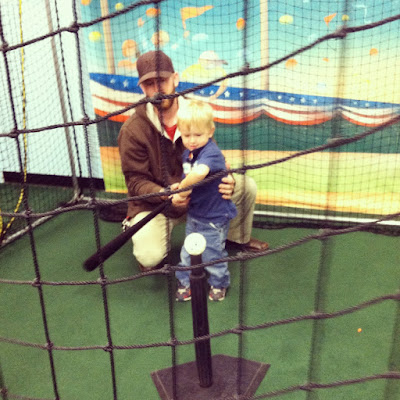 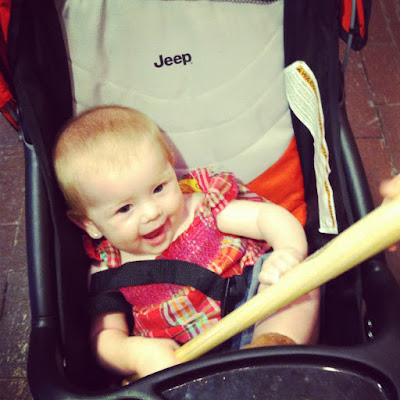