Hole in the Rock

At an unschooling park day another mom recommended that we hike to Hole in the Rock.  She said it was an easy hike that even Dillon (3 years old) could do.

One Saturday in April we decided to check it out.  Hole in the Rock is part of Papago Park which is in Phoenix and Tempe.  We entered from the Phoenix side and headed towards the big hole in the rock.  The kids were so excited.  From the ground, it looks like a long way up. 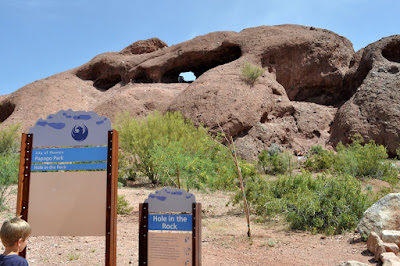 We began to make our way up the back side of the rock.  Coda was the leader and Dillon and I brought up the rear.  For being only 3, he keeps up so well.  He rarely wants to be picked up and doesn't think anything of doing EVERYTHING the bigger boys do. 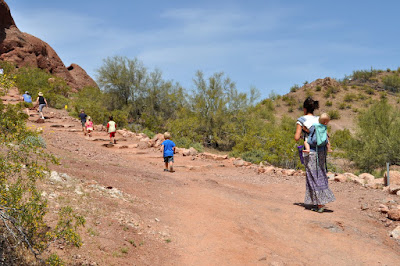 We made plenty of stops along the way.  Lizards were running across the path and there were a few desert plants we had yet to see.  Our favorite was this ridicously thorny plant with beauitful bright orange flowers on top. 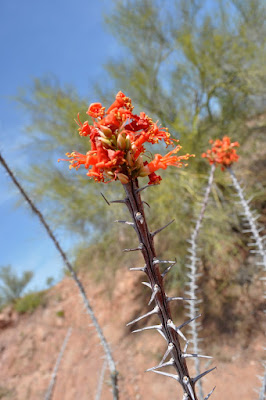 We made it to the top and walked down through the hole.  It was a beautiful clear day (like most days in Phoenix) and we had a great view.  Well, maybe I was the one who enjoyed the view, the kids were more into rock climbing. 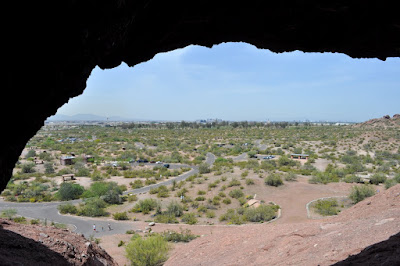 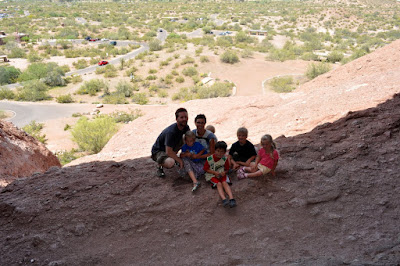 After our hike, we ate a picnic lunch and then headed to a nearby town to cool off.  Many parks in the Phoenix area have "splash pads", basically a playground area with water.  This particular day we went to the Espee Park Spray Pad in Chandler, AZ.  The kids have a blast.  Splash pads are FAR less work on Mama then pools, the kids are safe, I can see them and there is no drowning that can occur - I like that.  Nick and I were actually able to sit in the sun, have a few moments of minimally interrupted conversation and watch the kids run and play. 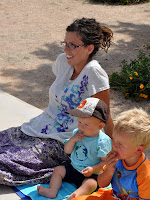 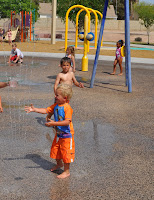 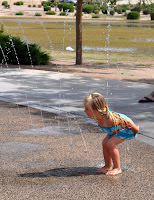 Photos from Phoenix, AZ here.
Posted by Stephanie at 10:58 PM