One weekend last month we took a mini-vacation to the Grand Canyon and Sedona.  We decided to leave our trailer at the RV park and packed up the van and hit the road.  Honestly, I was tired before we even left.  I didn't realize how much I LOVE having our clothes, beds and food with us at all times.  Packing for seven people, even if it was just for two days was a lot of work.

We headed out early in the morning and drove straight to the Grand Canyon.  We were all so excited to the Canyon in real life.  Nick is the only one that had been there before and it was when he was a child, so he didn't have much memory.

When we arrived we made the decision to buy the America the Beautiful - National Parks and Federal Recreational Lands year long pass for $80.  It would have been $25 for us to visit the Grand Canyon alone and we have some other National Parks and Monuments on our to see list, so we decided it would be a good investment.

We first drove along Desert View Drive on the South Rim and stopped at a few look out points.


Here are some of our first views of the Canyon.  Truly majestic. 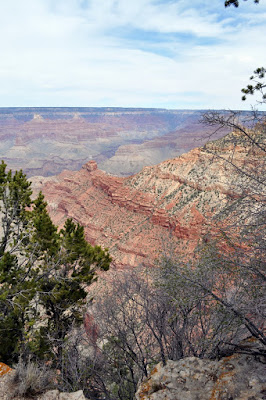 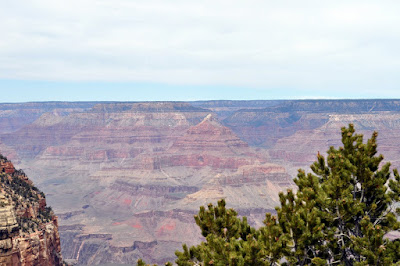 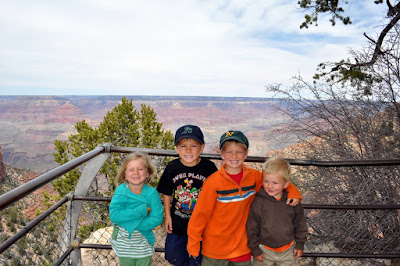 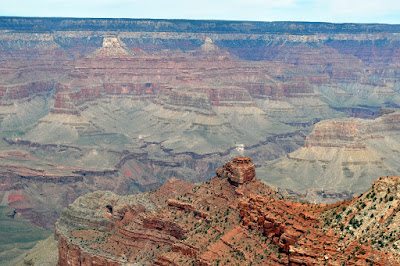 There was still some snow a little snow on the ground. 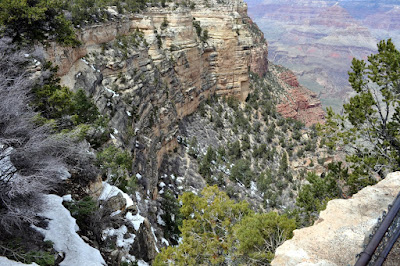 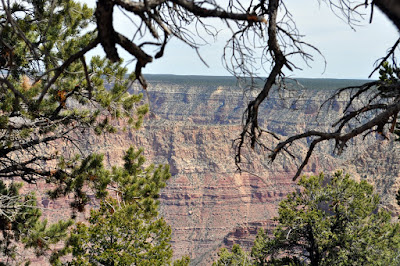 Out last stop on our driving tour was the Grandview Point.  Nick and I would have continued further, but the children were ready to get their Junior Ranger books from the Visitor Center.  This would be there first time with the Junior Ranger program and they were all very excited.
We spent the next few hours walking around the rim (staying away from edges) and going to a Ranger talk on Condors.  As we walked we saw backpackers come up off the trails.  Aidan has a plan; we will all backpack for 10 days in the Grand Canyon the summer he turns 18.  He had it all figured out, Coda would be 16, Téadora 14, Dillon 13 and Jericho 11.  He told us that we would all be able to carry our own pack "at that age".  And then the best part came, he told us that the younger kids that weren't here yet would just have to walk because the BIG kids would be able to carry all the stuff.  Not sure how many more children we will have, but I LOVE that Aidan is as excited for more as we are. 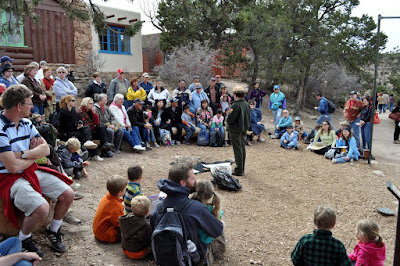 The colors of the canyon were just amazing, I could have stared all day. 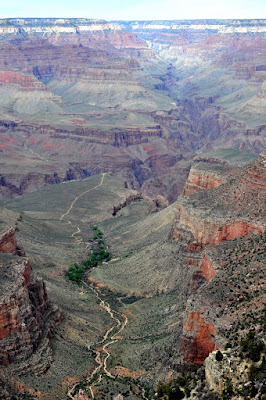 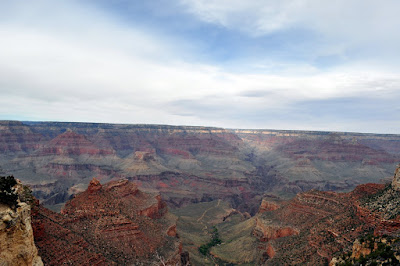 We spent the night in one of the lodges just steps from the South Rim.  We arose early the next morning, not quite early enough to catch the sunrise, but early enough that was almost no one else around.  We warmed up with some coffee and hot chocolate and headed out on a hike (more like a walk) around the rim. 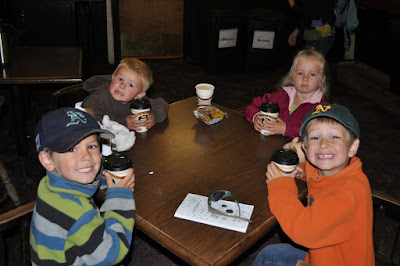 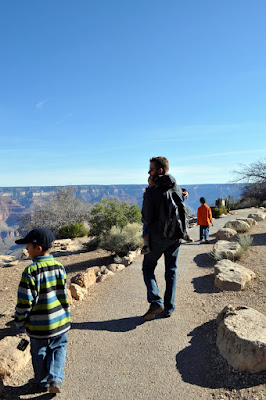 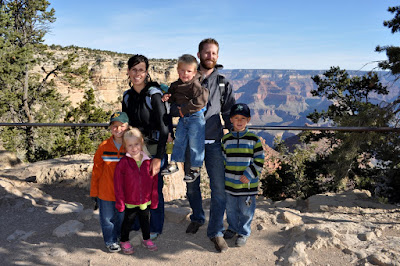 Aidan, Coda, Téadora and Dillon finished their required activites to become a Grand Canyon Junior Ranger.  We headed back to the Visitor Center so they could get their certificates and badges.  The Ranger was so sweet, Téadora & Dillon pretty much just scribbled in their books and she praised them for all their hard work. 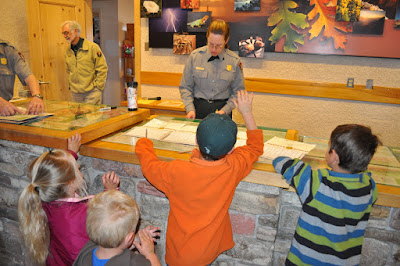 Jericho spent most of his time on my back, so at the last minute we decided we needed to document him actually being at the Grand Canyon. 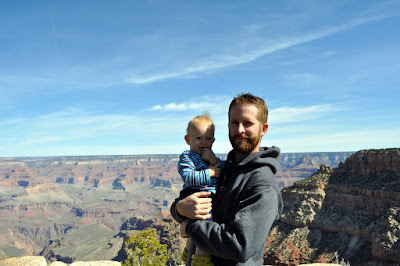 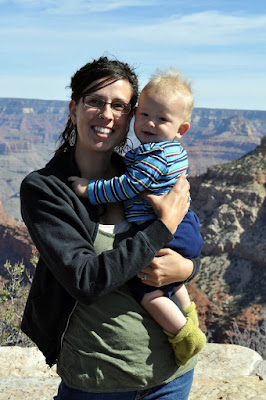 We left the Grand Canyon and decided to make a short stop in Sedona.  About 5 miles out of the park, Dillon threw up and then again about 20 miles later.  We stopped in Sedona to eat lunch, to see the "Red Rock" and the amazing Church we had heard so much about. 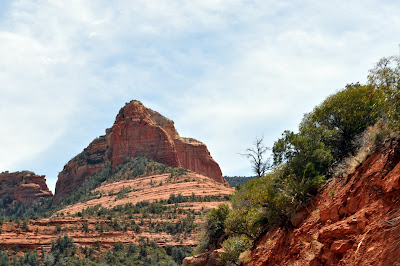 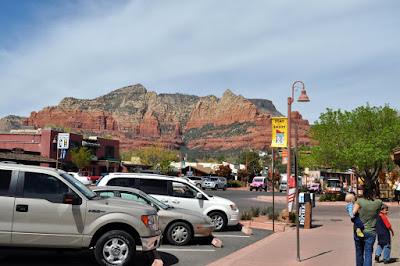 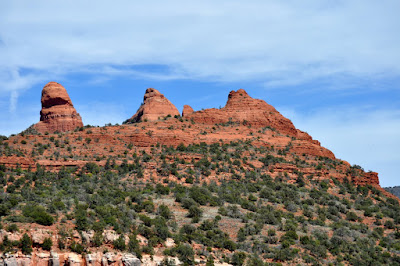 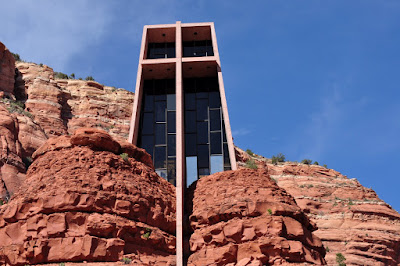 Chapel of the Holy Cross, Sedona, AZ
Dillon seemed to be better during lunch, but right afterward he threw up again.  Looking back he had been pretty crabby the afternoon and evening before, starting a few hours after arriving to the Grand Canyon.  I just thought he was tired.  But with the sickness that continued for the next few days, it was obvious that he had altitude sickness.
There is an RV Park right near the South Rim of the Grand Canyon.  We hope that someday we will go back there, maybe backpacking for Aidan's 18th birthday.   But for now, a whole country is waiting to be explored.