After four months in Santa Paula, two separate times, three months in an apartment at the wonderful Glen Tavern Inn and one month in our trailer, it was hard to say goodbye.  We had made friends with fellow homeschoolers, knew what beaches were our favorite, the quickest route to Trader Joes and had explored Ventura County quite thoroughly.  We were heading to Santa Monica and then onto Malibu, so leaving wasn't THAT hard. 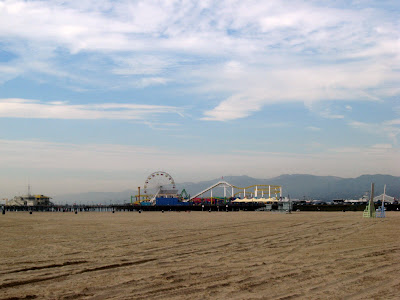 We left Santa Paula and headed south west, making a pit stop in the middle of LA to look at a car for Nick's uncle.  The pit stop caused a bit more stress then we had anticipated, LA rush hour traffic with a van and a 30 foot travel trailer, WOW!  The Santa Monica Pier was so nice to see once we arrived.  We parked, made lunch and headed out along the beach walk to the pier.  The day was a little foggy, but still beautiful.  We made it to the pier and climbed the stairs.  Aidan and Coda were enthralled with the men fishing for crabs and looking for dolphins.  The Pier has a huge Ferris Wheels, so it was only natural that we eventually made our way over to it.  This mama is a tad afraid of heights, so I wasn't too sure about it...secretly I was hoping it would be too expensive for all 7 of us to ride, but no such luck, they charged us only $14 for all of us to ride.  I was so glad that we all went, it was beautiful, so far above the ocean, above the pier, you could see for miles in each direction. 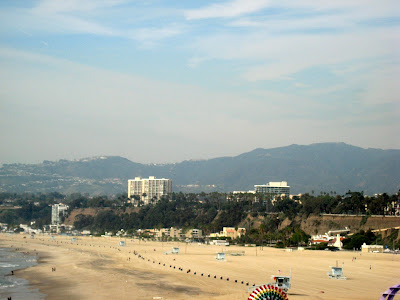 After exploring the Pier we walked a mile or so to Euphoria Loves Rawolution.  ELR is a raw resturant that I have been dreaming of visiting for about 3 years.  We made our way inside, Nick and the children sat down on a beautiful daybed, turned couch, I headed to the counter to order.  ELR was magical place, the food was far better then I could have imagined.  Nick and I shared a Taco Salad and Pesto Tomato Sliders, the children shared Nut Butter & Strawberries and a Strawberry Smoothie. 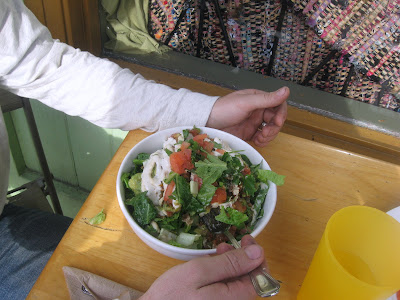 Once we got back to the trailer we loaded up and headed north on Highway 1 towards Malibu.  We had been told by our fellow full-time traveling friends Matt & Sara, that if we went to Malibu we had to splurge and stay at the Malibu Beach RV Park.  So we did.  Our spot was dreamy.  The trailer backed up over a cliff that was above Highway 1, however you were so high up, that all you could see was ocean.  We joked about how cheap the park actually was, since we had a MULTI-MILLION dollar few for three days.  We will definitely go back. 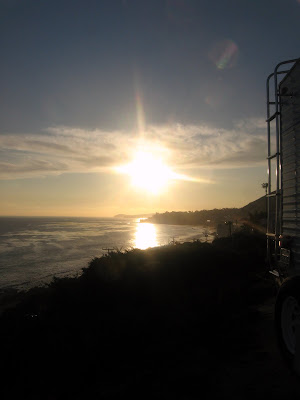 When we were in Malibu we spent the good portion of one of the days on the beach.  Jericho was newly sitting up and loved to sit up in the sand.  He is such a cutie and that was just one of the many days that I couldn't get enough of him.  We watched surfers and even sighted a celebrity, Scott Caan, one of the racing brothers from Oceans 11.  We walked along the beach, buried each other in the sand and soaked up the sun.  What a wonderful family day. 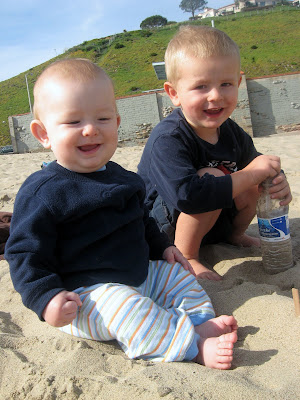 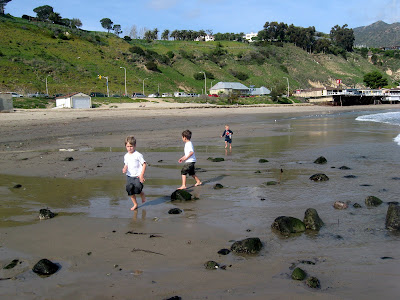 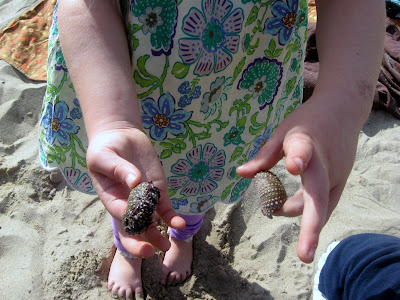 The next day we had to say goodbye to Malibu and we headed north.  Next stops; Santa Barbara, Solvang and San Luis Obispo.


Photos from Santa Monica and Malibu here.
Posted by Stephanie at 12:23 PM